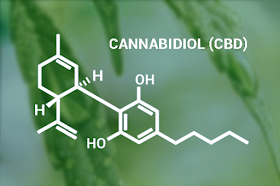 Cannabidiol, also referred to as CBD, is a cannabis compound that shown to have positive medical effects, however without the “high feeling” which is commonly associated with THC or tetrahydrocannabinol.  Since CBD is free of this reaction, it is considered safer for users to purchase it for nutritional and health benefits.

Parkinson's disease (known as PD) is a neurodegenerative disorder that primarily affects dopamine-producing neurons in the brain.  CBD has not proven to prevent Parkinson’s disease, however, there have been patients with this disorder implementing CBD in their daily use more lately which have shown positive effects.

CBD for ADHD and Alzheimer’s Disease

Research shows that prescription medications are more intense and even create a psycho-addictive dependency on prescription medicines on patients.  Receptors within the body accept the cannabidiol in its organic form providing stability that allows ADHD patients to benefit medically without negative side effects.  Cannabidiol gel capsules are a common method to ingest cannabidiol to treat these disorders.

Head traumas such as concussions lead to a degenerative disease of the brain called CTE (Chronic Traumatic Encephalopathy).  This directly effects contact sports.  Prescripts medications have led to a huge dependency issue for patients.  The opioid pandemic has proven to be a legitimate crisis across the board.  CBD has shown to be a better substitute to combat this issue.   In fact, a large percentage of deceased National Football league former players who donated their organs for research showed signs of CTE.  Studies show the use of helmets cannot solely prevent concussions. The loss of consciousness does not always follow concussions.

CBD oil has become increasingly popular among athletes, former services men fight PTSD, and many others looking for a natural alternative to powerful synthetic medications.  CBD disrupts a specific neurotransmitter reaction after a concussion which poses a neuroprotective effect.

With many of these neurological disorders from CTE to Alzheimer’s, fighting weight loss becomes part of the added physical problems.  Implementing organic vitamins like CBD along with others like black maca, creatine, weight gain syrup can help maintain a healthy weight balance giving the body strength to continue to recover from the physical impact on the body.

CBD added as part of your daily nutritional routine can significantly enhance overall health and wellness.  Although many traditional physicians may not want patients to take cannabidiol as they do not directly benefit financially, always still consult a physician to see if CBD is right for you. Due to the natural wonders of CBD, it is indeed the natural choice for anyone in search of a safe alternative to prescription medicine and can help significantly improve neurological disorders.