Bacteria in the gut can alter aging process 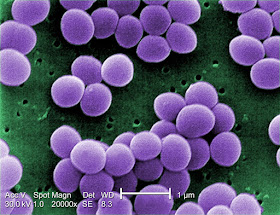 A new study has found that microorganisms living in the gut may alter the ageing process, which could lead to the development of food-based treatment to slow it down.

All living organisms, including human beings, coexist with a myriad of microbial species living in and on them, and research conducted over the last 20 years has established their important role in nutrition, physiology, metabolism and behaviour.

The team showed that the increased neurogenesis was due to an enrichment of gut microbes that produce a specific short chain fatty acid, called butyrate.

Butyrate is produced through microbial fermentation of dietary fibres in the lower intestinal tract and stimulates production of a pro-longevity hormone called FGF21, which plays an important role in regulating the body's energy and metabolism. As we age, butyrate production is reduced.

The researchers then showed that giving butyrate on its own to the young germ-free mice had the same adult neurogenesis effects.

The team also explored the effects of gut microbe transplants from old to young mice on the functions of the digestive system.

With age, the viability of small intestinal cells is reduced, and this is associated with reduced mucus production that make intestinal cells more vulnerable to damage and cell death.
However, the addition of butyrate helps to better regulate the intestinal barrier function and reduce the risk of inflammation.

The team found that mice receiving microbes from the old donor gained increases in length and width of the intestinal villi -- the wall of the small intestine. In addition, both the small intestine and colon were longer in the old mice than the young germ-free mice.

The discovery shows that gut microbes can compensate and support an ageing body through positive stimulation. This points to a new potential method for tackling the negative effects of ageing by imitating the enrichment and activation of butyrate.