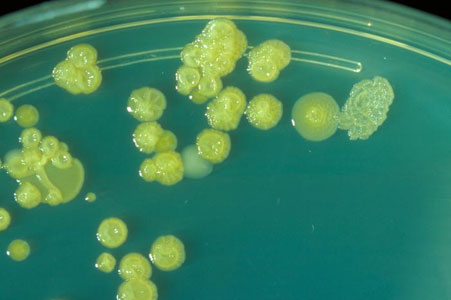 The U.S. CDC estimates that at least 23,000 people in the U.S. die each year as a result of antibiotic-resistant infections.

The introduction to the CDC report discusses the spread of antibiotic resistant bacteria: "Antibiotic-resistant infections can happen anywhere. Data show that most happen in the general community; however, most deaths related to antibiotic resistance happen in healthcare settings such as hospitals and nursing homes."

The alarming figures highlight the growing spread of antibiotic resistant bacteria. This includes antibiotic-resistant bacteria being isolated in specific spots along the Hudson river, from the Tappan Zee Bridge to lower Manhattan. The cause is linked to raw sewage being pumped into the water, as the Digital Journal reported.
One concern is with the over prescribing of antibiotics. The issue here is that such ‘free use’ of antibiotics leads to more antibiotic resistant microorganisms in the community. The risks posed by bacteria resistant to the common antibiotics used is a significant global health issue. Another area of importance is the antibiotic use in animals, which the CDC report considers to be unnecessary and inappropriate.

The microorganisms considered to be of the greatest threat are: Clostridium difficile, Carbapenem-resistant Enterobacteriaceae and Drug-resistant Neisseria gonorrhoeae. The reports also lists 12 other microorganisms, including drug-resistant tuberculosis and methicillin-resistant Staphylococcus aureus (MRSA), as “serious” threats, and another three others “concerning.”
Commenting on the CDC report, Tufts University microbiologist Stuart Levy told The New York Times: "They have come up with hard numbers where it has been only guesswork. This sets a baseline we can all believe in."
The CDC report recommends four core actions that will help fight the deadly infections:
preventing infections and preventing the spread of resistance, tracking resistant bacteria, improving the use of today’s antibiotics, promoting the development of new antibiotics and developing new diagnostic."
The report summarizes the issues of concern and the importance of developing a strategy : "Bacteria will inevitably find ways of resisting the antibiotics we develop, which is why aggressive action is needed now to keep new resistance from developing and to prevent the resistance that already exists from spreading."